This Is Finnish Fashion – Past, Present And Future

”Where should I start?” says Natalia Särmäkari, PhD researcher at Aalto University, when asked about the characteristics of Finnish fashion.

”Finnish fashion is special, and it is also very diverse. It’s hard to reduce it to something.” 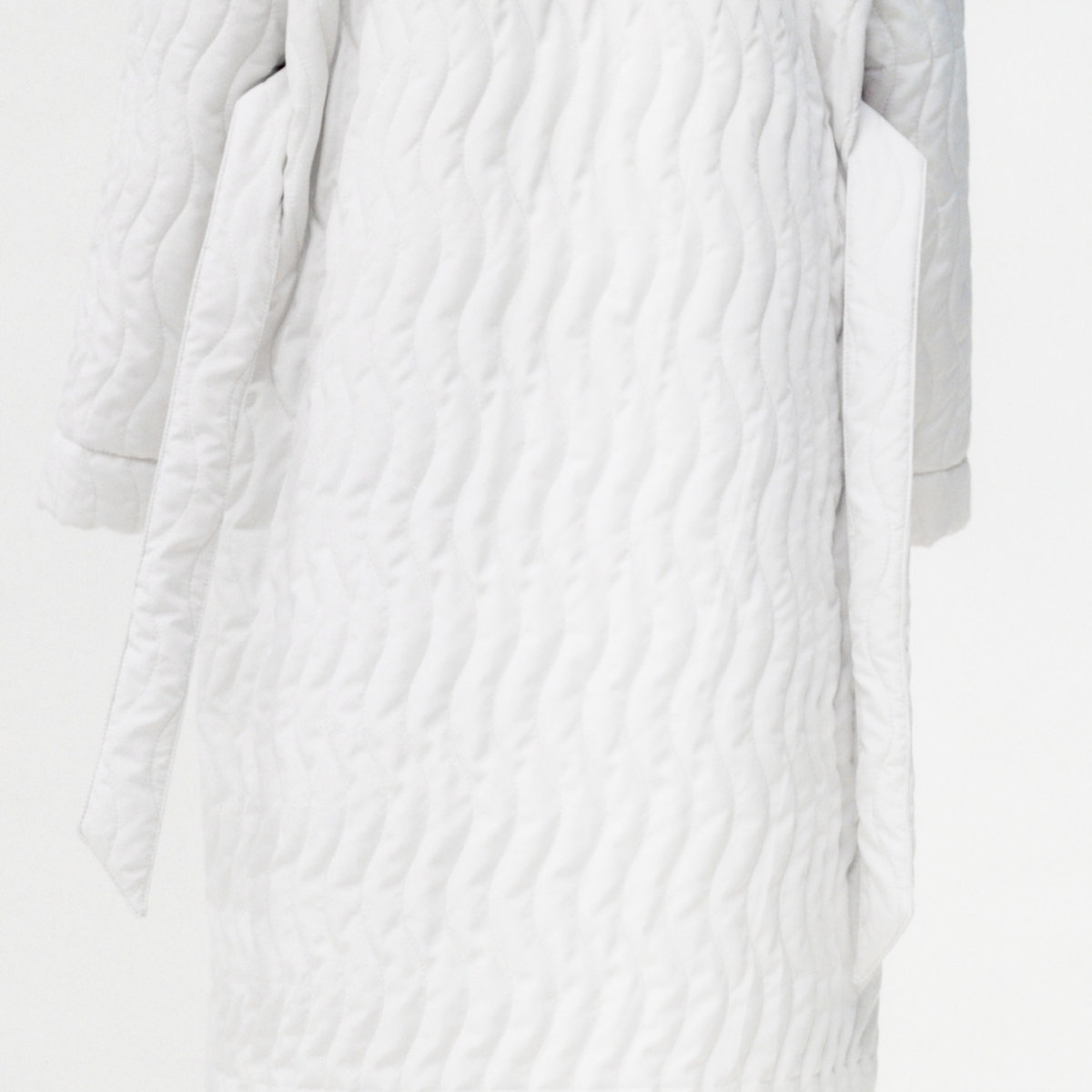 Särmäkari’s research topic is the relationship between fashion design, society and digitalization.

”Fashion always reflects all the discourses around us. What happens in philosophy with words, happens in fashion in the form of clothes and concepts. Fashion has always reflected the society in which it is made.”

In other words, by understanding fashion, we can also understand Finnish society – and vice versa.

Clothes for a specific function

Finland has certain historical traditions that influence today’s fashion. Although Finland was a class society for several hundred years, the differences in aesthetic consumption between classes were not as striking as in many other countries.

”Finland has always lacked extreme luxury, which I think is because we have not had a monarchy in the same way as the other Nordic countries,” says Särmäkari.

Although Sweden and Finland formed a kingdom for 700 years, the royal castle and its court were far across the sea. And because Finland has never had a court, there also have not been formal, grandiose ceremonies to dress up for. This is partly why fashion in Finland has gone in a functional direction. 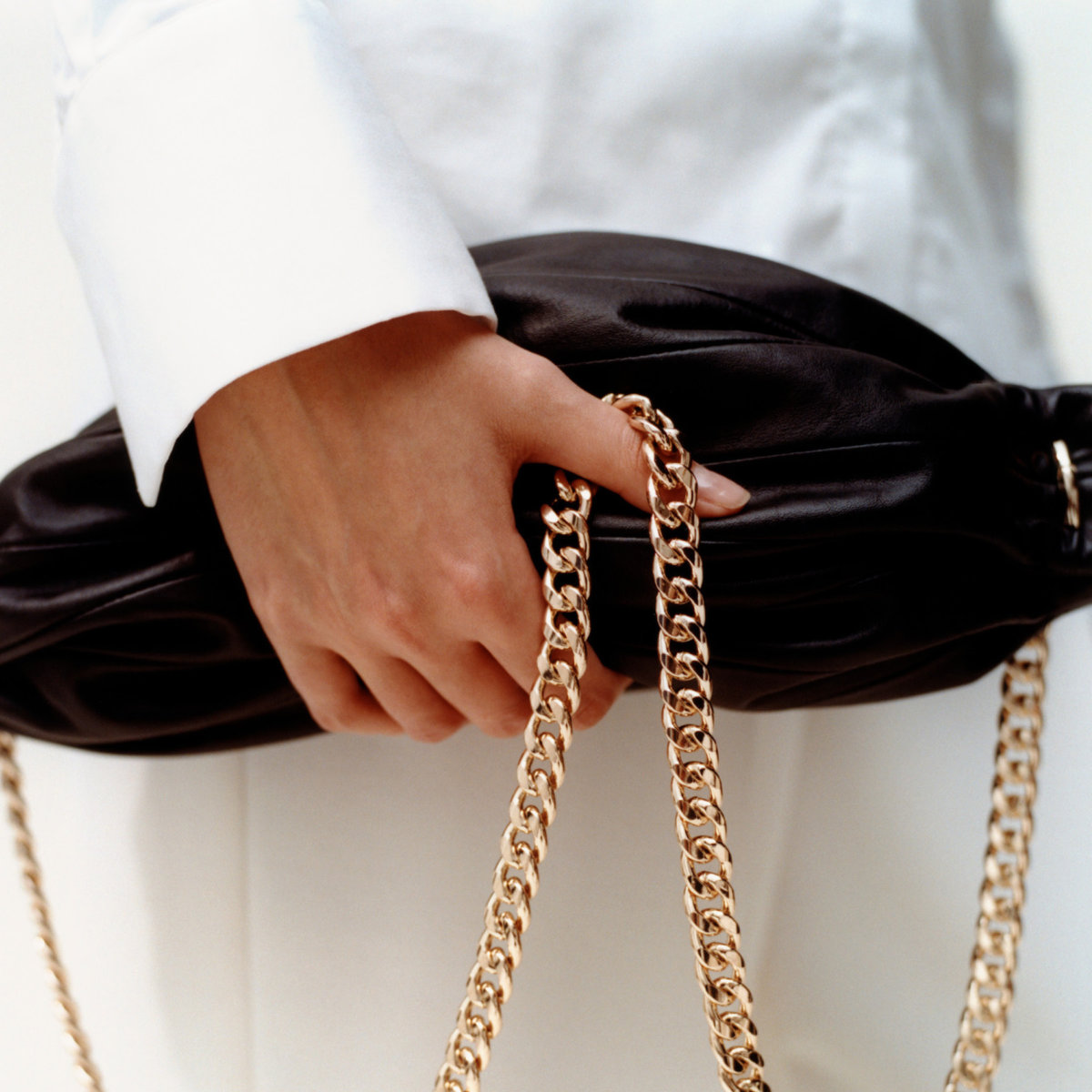 ”Here, clothes are still often made for a specific function: workplace clothing for women, for example, or sports clothing.”

Särmäkari goes on to explain:

”There is still not a lot of Finnish superluxury fashion on a commercial level. Here, people are willing to pay for clothes that are suitable for different occasions and will stand the test of time. Versatility and minimalism are hallmarks of Finnish design and aesthetics anyway.”

Standing out with prints

Historical background has also influenced the type of materials used in Finnish fashion. In the absence of a luxury fashion tradition, cotton has long been used. In fact, the best known Finnish design brand, Marimekko, has built its design entirely on the use of simple materials.

What has been interesting about Marimekko from the beginning, in Särmäkari’s opinion, is that the company has defined itself as a design brand rather than a fashion brand. Särmäkari sees this as a characteristically Finnish trait. 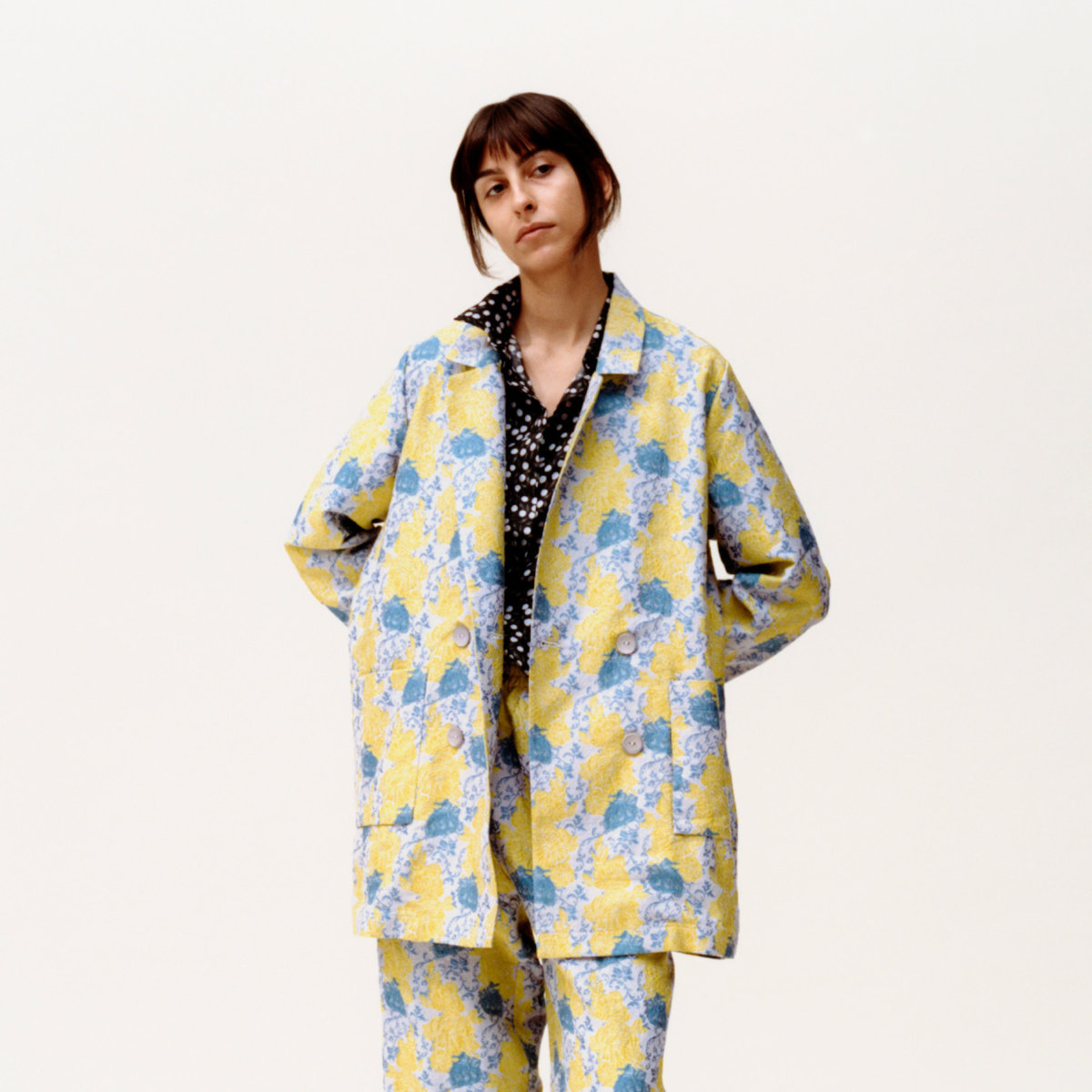 ”After Finland gained its independence in 1917, design and textile art were determinedly transformed into a strategy for creating a distinct Finnish nationality. Almost every Finnish home has objects designed by the hero designers of that Golden Age. Marimekko joined this design front in the early 1950s.”

And what Särmäkari sees as a particularly interesting Finnish trait is that although Marimekko is a design company, the patterns and materials of the clothes have always been very simple: the aim has been to stand out with prints. Founder Armi Ratia saw fabric as a painting canvas.

This Marimekko legacy is still strongly reflected in many Finnish fashion brands. They use simple materials and patterns and stand out with their strong prints. Some noteworthy recent examples are Uhana, R/H, Papu, Nouki and Yo Zen, all worn by Prime Minister Sanna Marin on several occasions.

Taking a political stance through design

”On the other hand, there has also been a strong rebellion against the Marimekko aesthetic in Finland,” Särmäkari points out.

The work of Aalto University’s fashion students has emphasised conceptualism and, in this sense, taken inspiration from Japanese or Belgian designers, rather than Finnish ones. Aalto students have been employed by the world’s leading fashion houses and several have won the prestigious Hyères fashion competition in France.

Aalto University has one unbeatable advantage: Fashion studies have been merged with textile arts studies, and Fashion students have been able to benefit from the innovative fabric processing methods of Textile Arts. 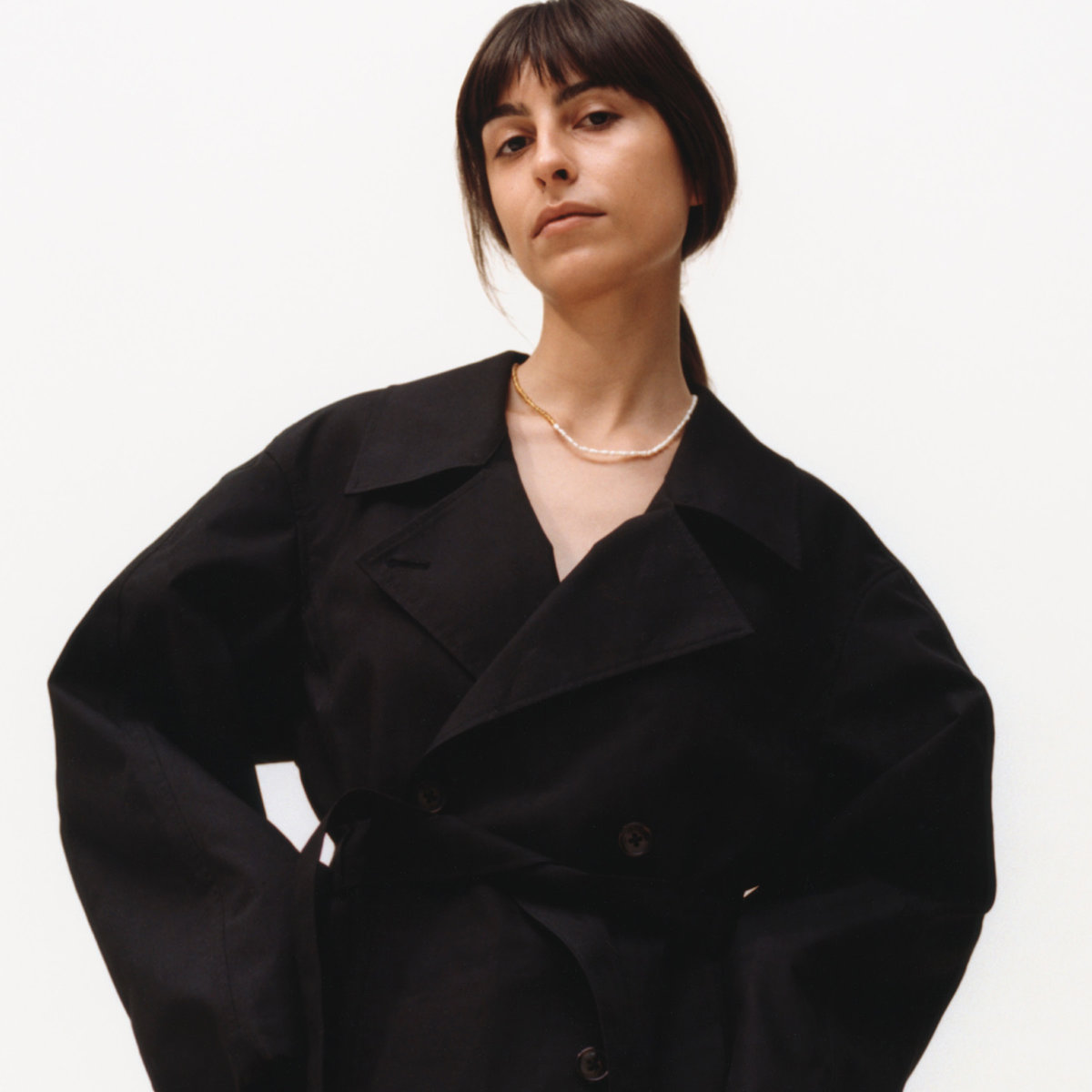 Much of the work of Aalto students is literally fashion art, with an emphasis on the texture of materials. At the same time, their work reflects Finnish roots and Golden Age design.

”Finland is also characterised by the courage to experiment. It is possible to make truly conceptual fashion here because university studies are free of charge and not as dependent on funding as elsewhere. Finland is also an open society.”

According to Särmäkari, this is also reflected in the fact that Finland dares to take a stand on political issues and break norms through fashion.

”Ervin Latimer, for example, has in many ways drawn from critical theory and his own experience in Finland. He has questioned not only the whiteness norm but also body and masculinity norms. Another good example is Henna Lampinen, whose design is based on a subgenre of critical theory called fat studies.”

In 2020, Särmäkari was a visiting researcher at Parsons School of Design in New York. During this time she noticed how fashion was seen as a valuable business and culture in its own right and the boundaries between design, fashion, and textile art were very clear.

In Finland, the boundaries are more blurred. Many fashion designers work in between the arts and also engage in other forms of art, such as film (for example, R/H’s Emilia Hernesniemi and Ivana Helsinki’s Paola Suhonen), visual art (for example, Daniel Palillo) or even architecture, like designer Lilli Maunula of Juslin Maunula.

”We do not have the same baggage that traditional fashion houses have. This gives us room for experimenting.”

Jukka Puljujärvi of Hálo mixes different artistic genres by combining paintings by the famous artist Reidar Särestöniemi from Finnish Lapland as prints on the clothes he designs.

“In Finland, we do not have the same baggage that traditional fashion houses have, say, in Paris. This gives us room for experimenting.”

”Finland has an unbelievable amount of skilled and truly forward-thinking talent.”

Finland is also a mix of influences. In addition to having completed at least part of their degree or worked abroad, many Finnish designers have a background in tailoring or dressmaking.

Indeed, many Finnish fashion designers show exceptional craftmanship: they know how to pattern and sew. This automatically influences the kind of fashion they design: no matter how conceptual it is, it is also wearable, and it fits. 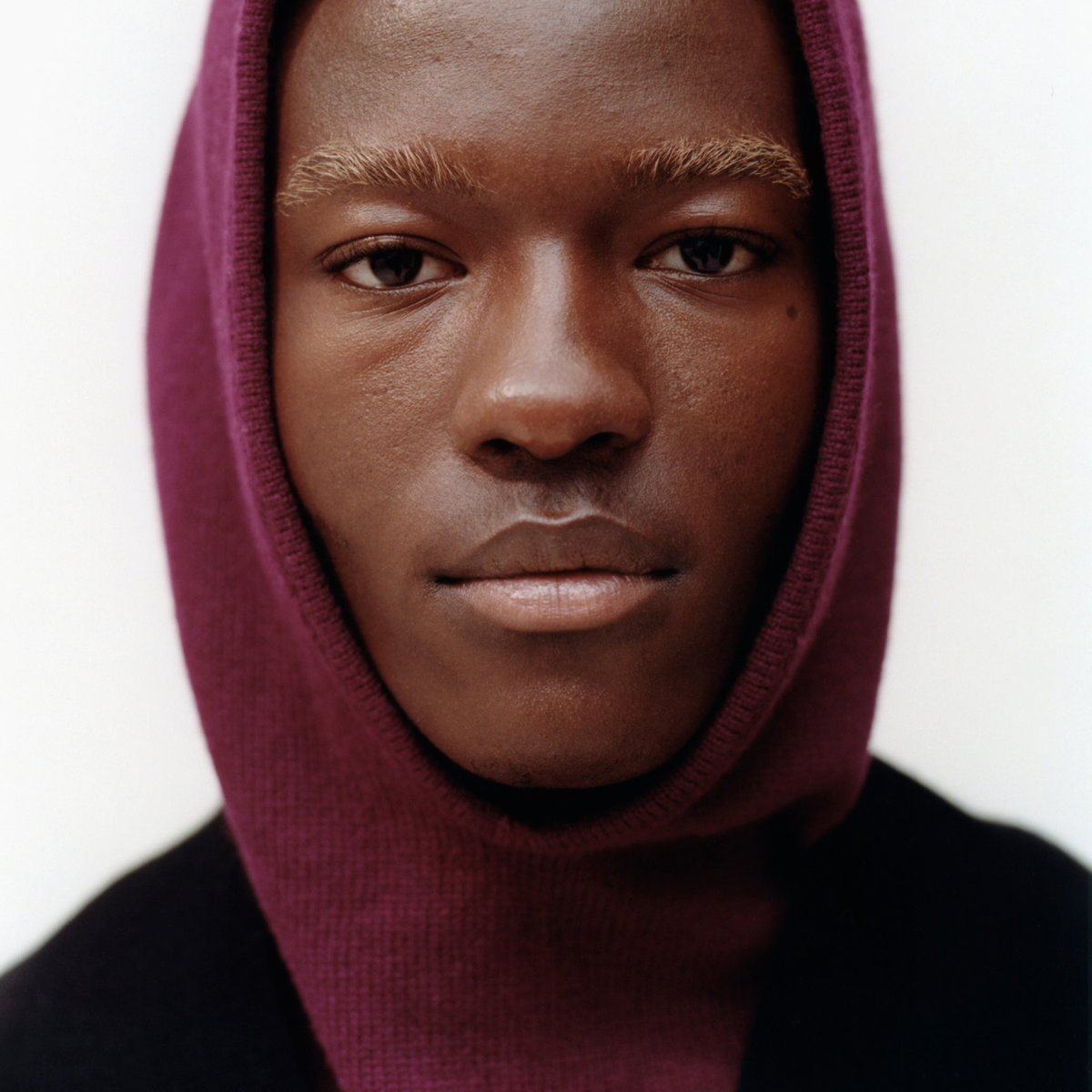 Jonathan Ingberg of By Hinders, for example, has studied abroad and worked in many foreign fashion houses – and completed vocational training in textiles and clothing. This is reflected in the fit of the garments and the finely honed details. By Hinders also displays another characteristically Finnish trait: the use of wool as a material.

Wool is a functional material that has always been essential in Finland, where we have to protect ourselves from the cold winter months.

”Wool is not a luxury material in the same way as many others, and it has not been used by, for example, Parisian fashion houses on the same scale as in Finland,” says Särmäkari.

But By Hinders is breaking this barrier: the brand’s clothes are sophisticated and easy to imagine in the streets of Paris. Arela is another brand that makes inconspicuous luxury designs from wool: their elegant cashmere products are modern classics.

The use of wool is also reflected in a typically Finnish fashion phenomenon: Särmäkari feels that here, people tend to invest more in children’s clothes than in their own. In fact, there are many ambitious children’s clothing brands in Finland, like Reima and Gugguu.

One good example is Wildkind Kids, whose designer Heikki Salonen also designs for the conceptual Vyner Articles brand and has worked as a designer for Martin Margiela, among others. Wildkind’s clothes are so cool and ambitious in their cuts that many people dream of adult versions.

”The boom in childrenswear companies may be due to the long parental leave in Finland.”

Wildkind Kids has included some adult items into their collection, whereas Vimma has already made the transition from kids to adults. Vimma is now more known for clothes designed for adults, with prints taking centre stage. But the brand started with children’s clothes.

”The boom in childrenswear companies may be due to the long parental leave in Finland. There is time to get excited about children’s clothes,” Särmäkari says.

”Or maybe it’s because there’s a pretty strong separation between children and adults here. Perhaps it has inspired us to work differently in fashion.”

At the intersection of engineering and fashion

Finland would not be Finland without engineering, which has contributed in many ways to the international success of Finnish business. The Finnish fashion industry has been a pioneer in smart watches – and who has not heard of the Finnish Oura smart rings?

Särmäkari feels that engineering, the technology industry, and fashion could interact even more: there is real commercial potential.

”Finland has a large games industry and there is a good opportunity for fashion designers and the games industry to come together. Designing virtual clothes could be a Finnish thing,” Särmäkari explains.

The world’s first virtual fashion house, The Fabricant, was founded by a Finn, Kerry Murphy. Virtual clothing is a big global trend on the rise.

”Finland already has the people needed to create the platforms for designing virtual clothes.” 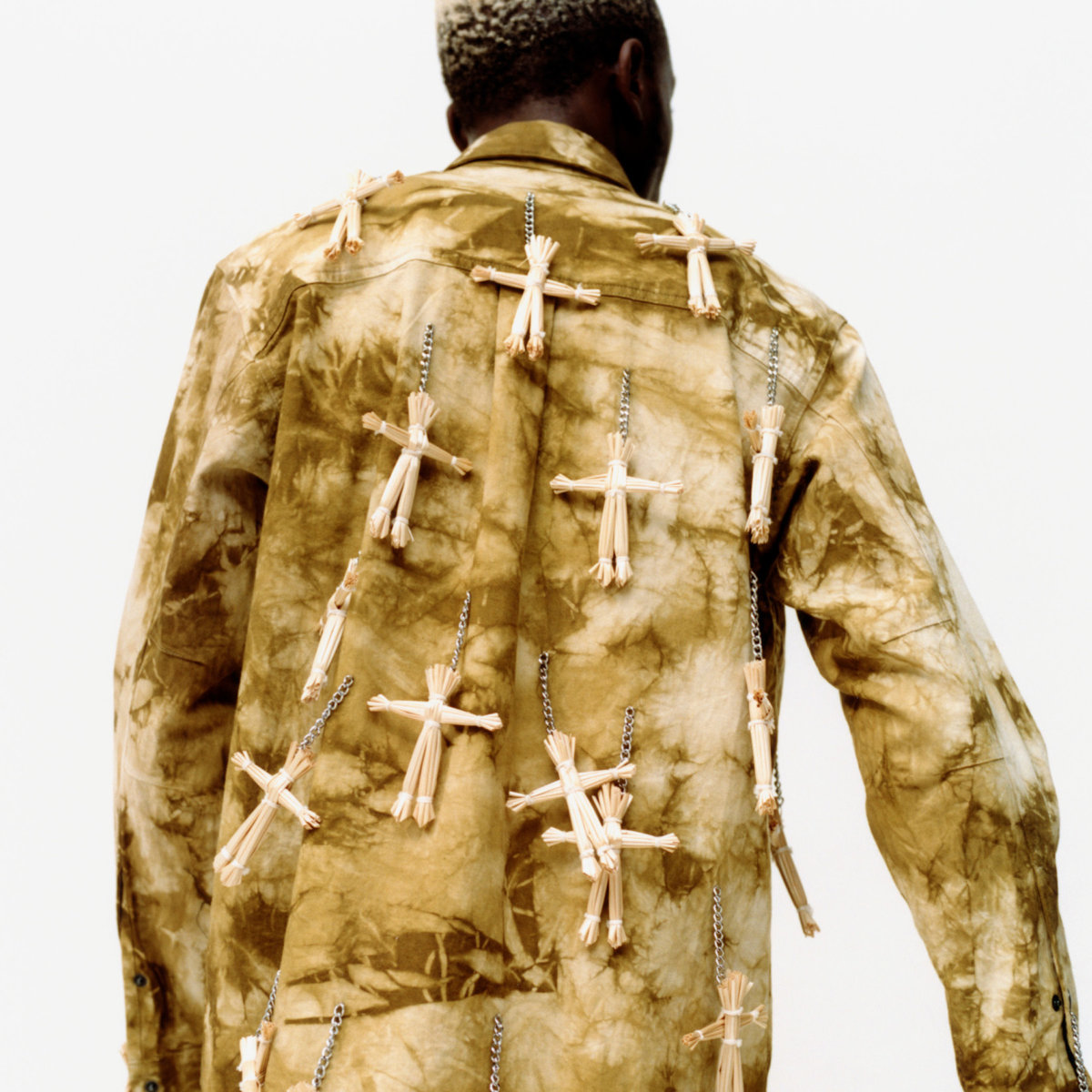 The intersection of engineering and fashion can already be seen in Finland in the fact that ecological textile alternatives to cotton, for example, are being developed.

”For example, the materials and circular economy research at Aalto University in recent years has been really significant,” says Särmäkari. ”Environmental awareness is a hallmark of small Finnish fashion companies and a lot of work has been done here to promote it.”

Finland is a world leader in the development of new ecological fibres, like Spinnova and Infinited Fiber’s Infinna, and Finnish fashion designers have already put innovative materials to the test.

For example, Rolf Ekroth, who has been called the visionary of Finnish fashion, has created a collection of fabrics made from straw in collaboration with the Finnish energy company Fortum.

Straw is agricultural waste. Using it is creative and practical. Could there be fashion that is any more Finnish?

Natalia Särmäkari is one of the curators of the Intimacy exhibition, now on display at the Design Museum in Helsinki, exploring the current state and future of Finnish fashion.